The next day, I woke up early in the morning and returned the jacket to Enoch.

And we have a little bit of a minor problem. Conflict arose because my goals and Enoch’s were different.

“To survive even a little longer, I think it would be better to explore the island rather than stay on the beach. If you find a place where a river flows, your chances of survival increase. It is also much easier to create a shelter.”

“Don’t you want to make a rescue call? If you go further to the island, your chances of survival will increase, but it will become difficult to expect rescue.”

At Enoch’s words, I looked at him with a little bit of frustration.

His words certainly made sense.

But anyway, you will not be able to escape before the ‘gate’ is opened.

I had no choice but to say, “Then we should part here.”

He looked like he didn’t know I’d bring that up.

I was looking at the timing of when to leave, but it turned out better.

“I listened to the Young Lady’s opinion, but if you’re saying nonsense—”

I put on the flat shoes that I had taken off for a while to get in and out of the sea, and organized my clothes.

Then I twisted a couple of fish I caught this morning on a thin branch trunk and hung them on my shoulders.

Enoch had a really bewildered face. I bowed my head to him without hesitation.

“Thank you so much for saving me from the monster. And I think it was comforting to be with Your Majesty for a while. When I first woke up, I might have gone crazy if I were alone on this island.”

His face contorted at my last greeting.

“Young Lady Floné. I’m not in the mood to joke right now.”

I shrugged and said goodbye to him.

And it was when I just passed him and entered the forest. I could feel the signs of moving in a hurry behind me.

Enoch followed me and grabbed my shoulder. I stopped and turned to him.

“I don’t know why you’re doing this.”

“We did not agree with each other, so we just made a rational choice?”

“Now in this dangerous place……!”

Enoch raised his voice as if in anger, looked at my face, and bit his lip tightly. He took one deep breath to calm his anger and then spoke to me again.

“Are you saying that this risky behavior is a reasonable choice?”

I frowned, not understanding why he was angry.

“Are you worried about me? Because it’ll be dangerous?”

‘Or do you want to keep the suspicious Margaret by your side and watch over her?’

Probably the latter. Well, actually, it is true that I look suspicious, so I have nothing to say.

Anyway, strangely enough, Enoch had a shocked face as if he had been stabbed with my words. I took a deep breath as I looked at him.

The monsters were the biggest threat, but I was confident in hiding.

I can’t just stay on the beach just because I’m afraid of monsters, and missed the opening of the gate. A bunker or a cabin I’ll have to find whatever it is. And I need to know the secret of this island.

That way I can understand why I suddenly possessed Margaret.

I bowed my head again to Enoch.

Then as I turned my back, he hurriedly grabbed my arm. The urgent gestures made him look very desperate.

This time I got a little annoyed. So I turned my head with a peek of annoyance on purpose, and he said to me with a determined face, “Let’s go together.”

It was a really unexpected choice.

“I will be with Young Lady, but I will continue to find a way to make a rescue call and a way out of the island.”

Of course, it would be nice if there was a way to escape from this island without finding the gate from the original story. I want that, too.

In addition, Enoch’s bending of his opinions rather than forcing me was a sign that the relationship between us was gradually changing.

Enoch had pretty good strength, so if he joins, the plan might be a bit messed up, but it’s not bad.

Eventually, we decided to find a new place to live together.

And after wandering through the forest for about half a day, I found a steep cliff.

I pointed to the cliff covered with thorns and said to Enoch, “There must be caves at the bottom of such a cliff. But the road to get there can be dangerous.”

“How the hell do you know that?”

Enoch looked at me with a puzzled face.

“Did you learn from the Duke of Floné?”

Could it be? But if I don’t answer it, I’ll look suspicious.

I nodded my head and smiled as if he was right.

“Yes, I received a variety of education from my family.”

I thought Enoch would ignore it, but instead, he got angry at how the Duke of Floné could give Young Lady such a harsh education.

No, why is he getting mad again? I couldn’t understand him, so I tilted my head and answered, “Thanks to him, it’s helping me a lot right now, right? I think I’m lucky.”

Enoch did not have anything to say at my words.

Fortunately, we got to the cave safely before the sunset.

Enoch searched if there were any beasts in the cave. After the cave was judged to be safe, we moved the heavy stones and piled them up at the entrance. And it was camouflaged in a natural way by covering it with large leaves.

As soon as we entered the damp and cool cave, it suddenly started to rain through the clear sky.

Heavy rain accompanied by thunder and lightning forced Enoch and me to go a little deeper into the cave.

“Oh, no. I should collect rainwater.”

I handed the coconut I had brought to Enoch.

Enoch took the coconut from me with a puzzled face and broke it into pieces with his bare hands. Now he does the job automatically without asking why.

‘Have you built up a little trust in me?’

I smiled proudly and drank coconut water with Enoch.

Then I scraped the inside of the empty coconut tub with the sharp wooden knife I used to cut the fish. It was duller than a real knife and not perfectly polished, but a plausible bowl was made.

In that way, four coconut bowls were made and placed at the entrance of the cave, slightly raised from the ground.

The bowls are raised as far as possible to prevent the muddy water from splashing or being swept away by the wind.

Enoch looked at me with a face curious about what the hell I was doing. Now, instead of asking aloud, he speaks with his eyes.

“If we collect rainwater, we don’t have to distill it like river water. It takes less effort.”

If it’s raining from the sky, you can drink it. Because it was like distilled water.

I sat leaning against the wall of the cave with a tired face.

The rough walls and floors of the cave were uncomfortable and it was difficult to sit for long periods of time. It was also spacious, chilly, and full of moisture.

Although there were no special features, it was not a very pleasant space.

It will be difficult to find dry flints because of the rain, so you won’t be able to make a fire. It was a little cold, but there was no other room.

“I’m tired of saying these words now, but I have to admit it. Young Lady has changed.”

I opened my eyes to the voice I heard and looked in the direction where he was.

The only light was the moonlight leaking from outside the cave. In the darkness, Enoch’s face glimmered in a little moonlight.

The straight face was calm without any sign of agitation.

It was the same when killing a monster with one hand, but such an attitude gave me a great sense of relief.

Enoch still seems to hate me, but it is true that he was reliable.

I answered with a little smirk, but Enoch only glanced at me and didn’t answer, so I was very embarrassed by myself.

Anyway, if he builds trust toward me like this slowly, won’t my future be changed? 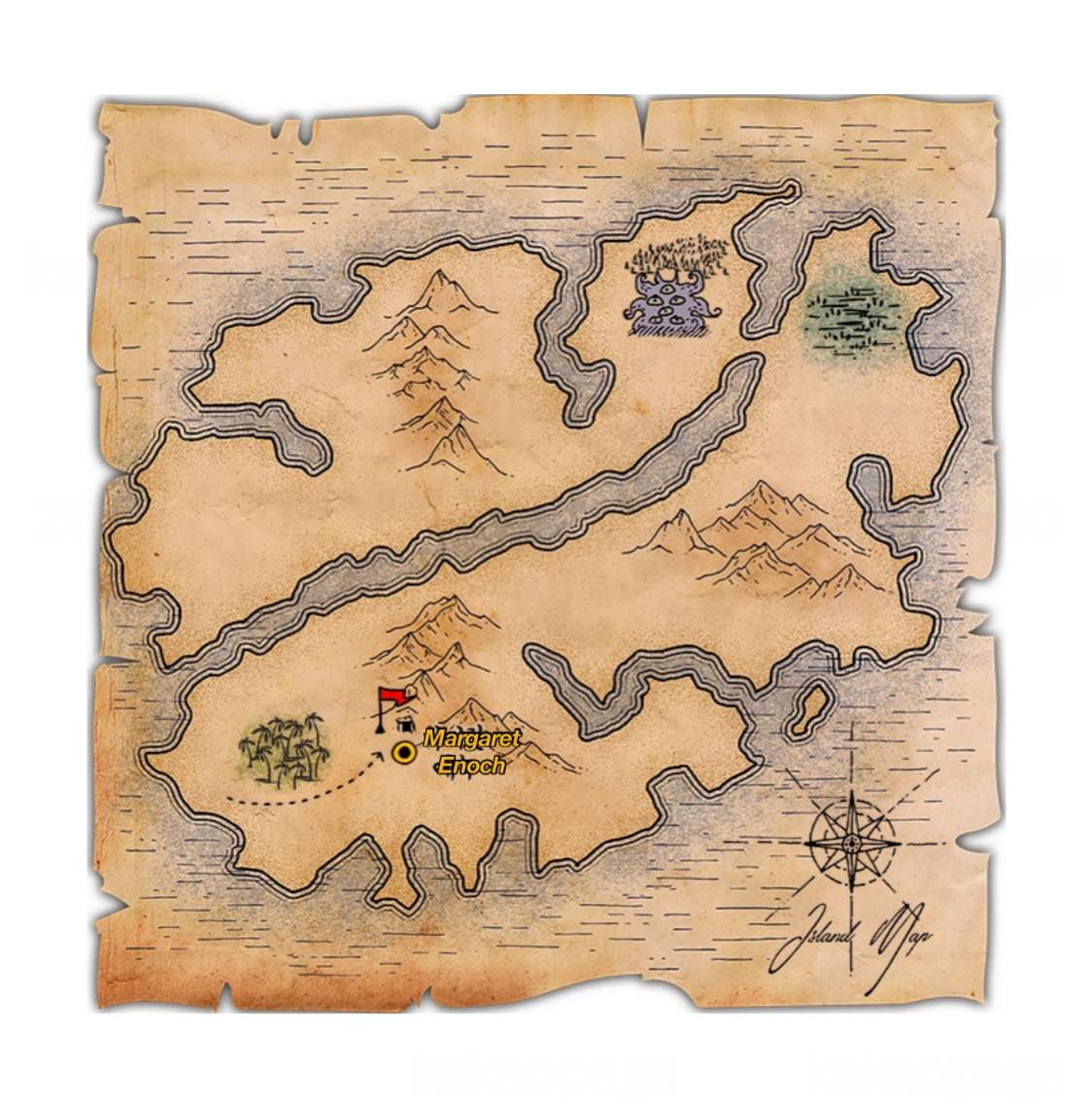 The Saintess is Busy Raising a Warrior

Every Night, I Come To His Bedroom